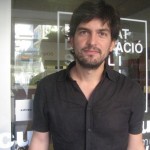 Professor of the Faculty of Social Education and Social Work at the Universitat Ramon Llull, where he is Associate Dean for Research and International Relations.

PhD in International Relations with European mention, from the Autonomous University of Barcelona (UAB), Postgraduate on Culture of Peace and degree in Political Science and Administration.

He has been visiting professor at the University of Sierra Leone (Fourah Bay College) between 2006 and 2008. He has worked in the School of Peace Culture (UAB) several years and worked with organizations such as Doctors Without Borders in Southern Sudan or Conciliation Resources in Sierra Leone.

He has a blog titled Todo es posible, where he puts some of his academic work and reflections. His Twitter account is @oscarmateos1.